really worried (17) writes: I had sex with my boyfriend recently. Im worried that i might get pregnant because when he was putting on the condom he put it on backwards. He realized it and then he put it on properly. However, he told me a tiny bit of precum got on the exterior of the condom.

I have been researching online trying to find out if precum can cause pregnancy. Some people say that it can and others say it can’t. Then i read that if the male urinated any time after his previous ejaculation then the precum wouldn’t pick up any left over sperm in the urethra. Do you think that tiny bit of precum can get me pregnant?? 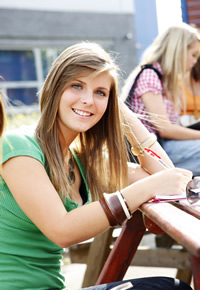 To be on the safe side (if your next period is late), it wouldn’t hurt you to take a home pregnancy test no earlier than the day that your next expected period should have ended. Be sure to take the pregnancy test first thing in the morning with your concentrated urine. But I’m quite sure it will come back negative.