Jessica (26) writes: Two years ago I was pregnant; however, before i found out, i had missed my period two months in a row and went to the doctors, took home pregnancy test, and they all came out negative.

Not until my third month, missing my period, I went to the doctors again and had blood work done and indeed i was pregnant; however, a week later I had a miscarrage at 3 1/2 months pregnant. But to me I only knew about the pregnancy for a week.

Now again two years later I am missing my period. This time it has been 43 days since my last period and all Home pregnancy test are coming out negative? What do i do? I don’t want to wait 3 months to find out again, and it be too late. And why is it that my body doesn’t show i am pregnant until it’s too late ? 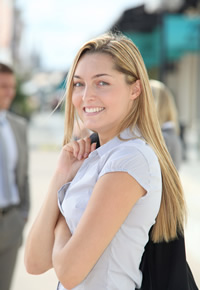 Wow … good question. Some of the things that pass my mind regarding your incident two years ago are as follows:

1) were the pregnancy tests all from the same batch (i.e. a flawed batch) and from the same company?
2) what brand of pregnancy test did you use?
3) there may be a connection between a lower level of hCG detectable and the miscarriage you had (anybody more knowledgeable than I want to chime in?)

As far as this time around, I would recommend you buy a very sensitive pregnancy test. You’ll want to Google “10 miu pregnancy test.” Some pregnancy tests need higher levels of hCG in order to register a positive (some require 20 or 25 miu).

I’m sorry I’m not able to be of too much help! I’ve chewed over this one for a while.