Later he fingered me after 15-20 mins, but he wiped his hands before doing that. I had my last period on 10th january. I met my bf on 7th february. My cycle is usually of 30 to 32 days. I still didn’t had my periods. 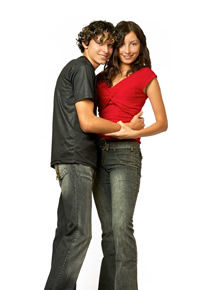 If we’re only talking about pre-ejaculation fluid, then you’re probably fine. It’s rare that a girl gets pregnant from that. However, if he had actually ejaculated on his fingers and then put those wet fingers into your vagina, then live sperm may have been introduced into your body (even without actually having sex), and there would be a chance of you getting pregnant.

As far as the time of month you messed around, typically a girl wouldn’t be ovulating around that time (which is good in your case). And, having your period delayed or skipped after an incident like this is pretty normal. Blame it on a mixture of nerves and stress and worries (are they all the same thing? Lol). You could help calm yourself down by taking a home pregnancy test in a week or so from now, but hopefully you’ll have it come back negative.