Unknown (age 16) writes: Hi, I’m really scared so I don’t know where to begin.. Well my last period was on january 5th and lasted til about the 10th. I had unprotected sex on the 21st and my boyfriend isn’t sure if he cummed inside of me or not. I’m not on birth control.. The soonest I could get an emergency contraceptive was about 48 hours later. I took Next Choice at about 6 pm on the second evening after having sex and the second pill 12 hours later. It is now a week after having sex and I am experiencing lower back pain and cramps as if I’m getting my period. Am I pregnant?! I’m so scared, I’m only 16..

Ovulation (when you are most fertile) typically happens around 14 days before you expect your next period to begin. If I’m going to assume your period is an average 28 day cycle, then the 18th-21st is probably your most fertile time during the month of January. The egg can last about 24 hours or so after it’s released; sperm can last several days inside you, waiting to fertilize the egg once they find it. So … we can conclude that you had unprotected sex during a very high risk time of the month (assuming your period is regular). 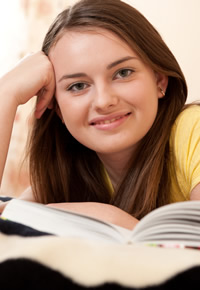 Which leaves us with how effective Next Choice is at the time that you took it. (Note that current research says that you can take both Next Choice/Plan B pills at the same time to increase their effectiveness.) Levonorgestrel (the man made hormone which is found in Plan B One Step, Plan B and the generic Next Choice) is most effective when taken as soon as possible after an unprotected sex incident. The sooner you take Levonorgestrel, the higher your probability for its success. The longer you wait, the less likely it will be effective. Some studies have reported its being effective even up to 120 hours after having sex. I usually always recommend girls take it within 12 hours after having sex for best results.